How can the U.S. build a canal to give the Great Lakes access to the sea? 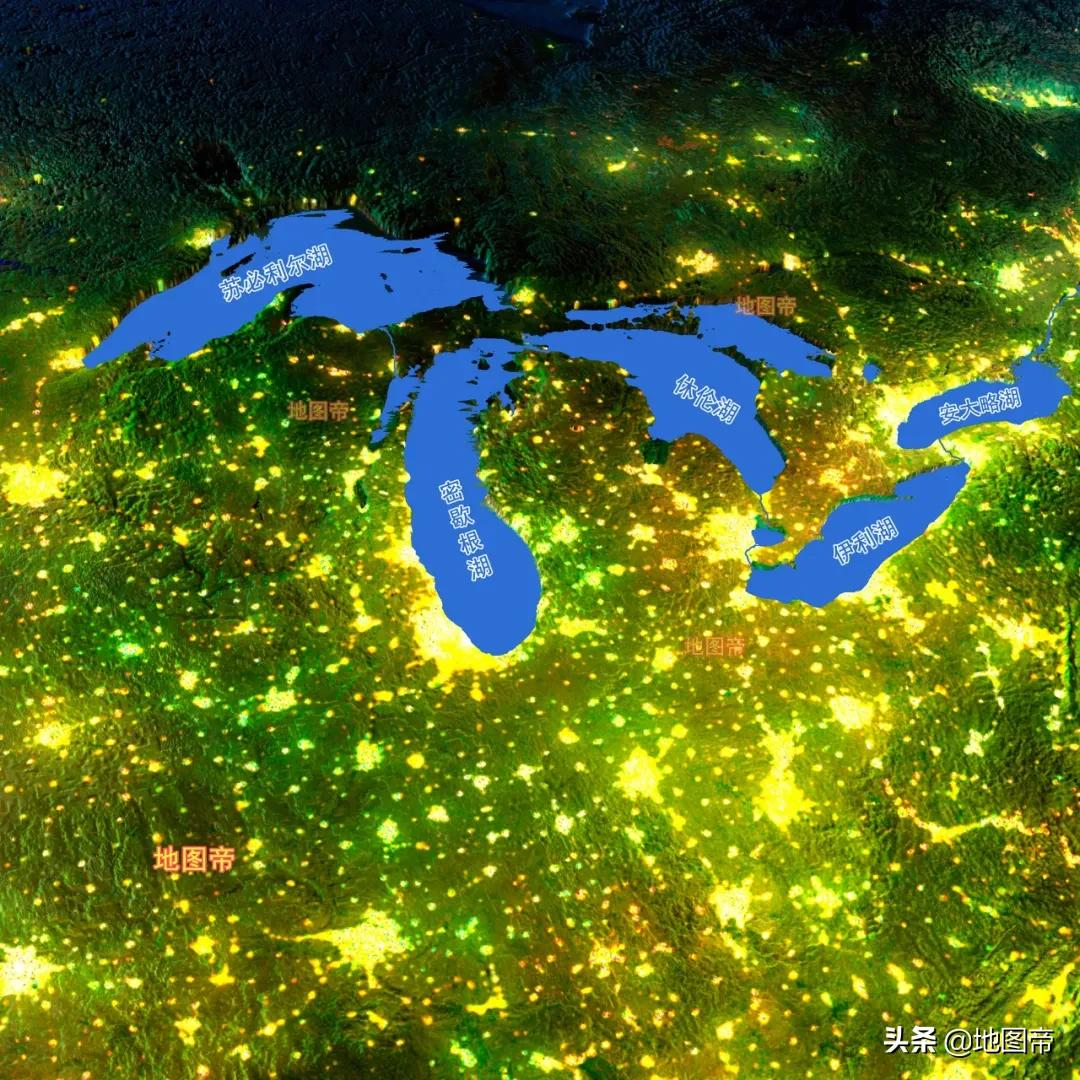 The total area of the Great Lakes is about 244,100 square kilometers, more than three times the size of China’s Bohai Sea, making it the largest freshwater body of water in the world. Lake Superior has an area of about 82,000 square kilometers, slightly larger than China’s Bohai Sea, and is the world’s largest freshwater lake. The Great Lakes contain 22,700 cubic kilometers of water, second only to Lake Baikal, and account for about 21% of the total surface freshwater.


With such a large area, the Great Lakes have the effect of regulating temperature, making them appear warm in winter and cool in summer compared to areas at the same latitude. 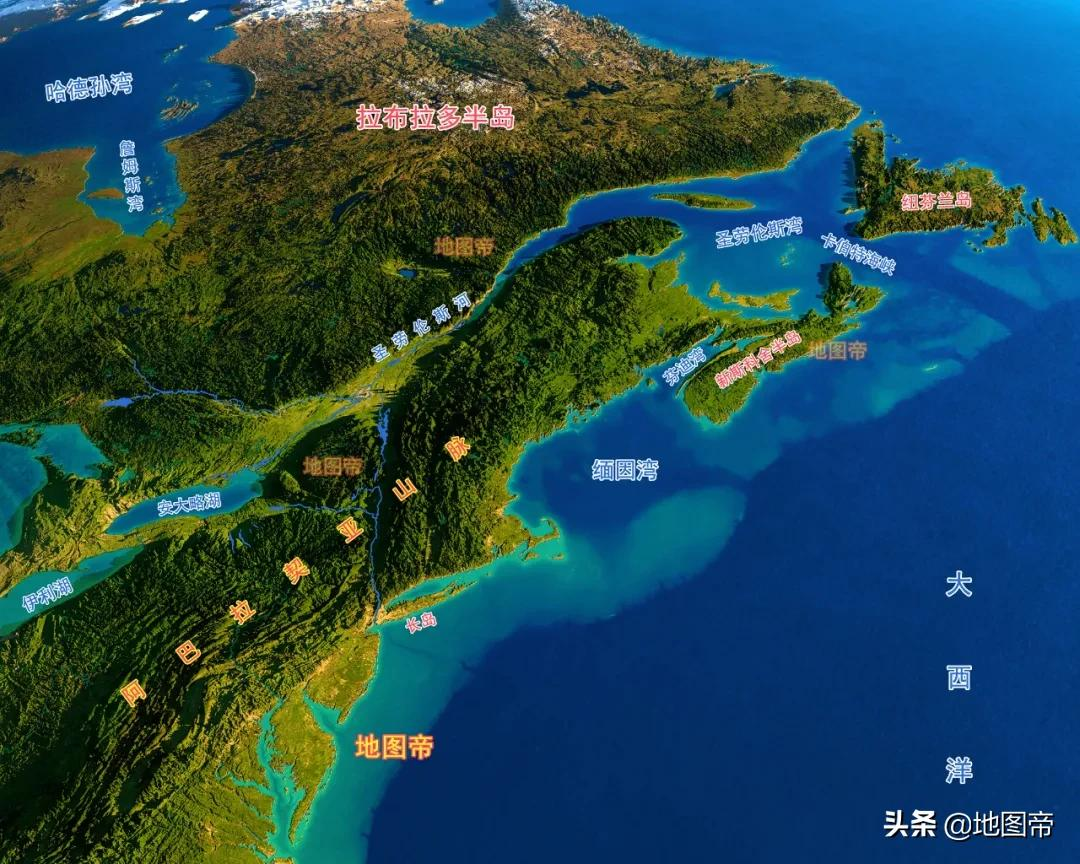 The five lakes of the Great Lakes are connected by waterways, making water travel to and from them extremely convenient, with an outlet at the mouth of the St. Lawrence River in Canada. Yet such superior access to the United States highlights a fatal flaw, the lack of access to the sea.


After the United States gained independence from Great Britain, the Great Lakes region was then incorporated into the United States as the “historical trend” for Americans eager to increase their national power by expanding significantly into the Midwest. The American side of the Great Lakes is still a self-sufficient economy, except for a very small amount of food that is shipped south along the Mississippi River to New Orleans for export, but the rest is self-produced and self-sold. 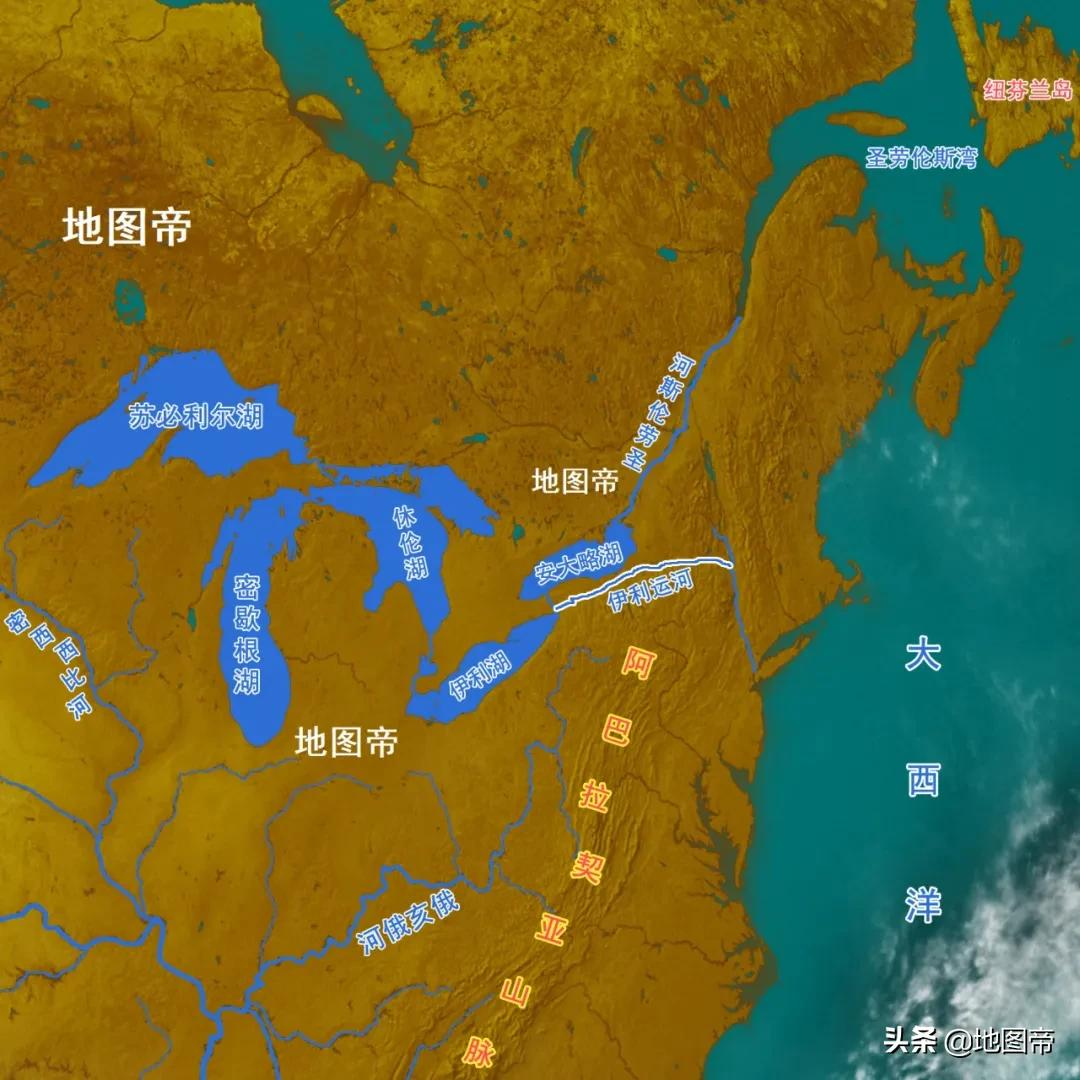 The thirteen eastern states were the most thoroughly developed at the time, but to develop the central economy it was necessary to connect the vast interior to the Atlantic Ocean, but the only natural waterway from the Great Lakes into the Atlantic Ocean was in the hands of Canada. The only natural waterway from the Great Lakes to the Atlantic Ocean is in the hands of Canada. There are only two ways to solve this problem: either annex Canada by force and take the mouth of the St. Lawrence River for yourself, or stand on your own two feet and dig a man-made canal at home.


The Appalachian Mountains straddle the Atlantic Ocean and the Great Lakes, where there are few natural channels running east-west, making it more difficult to dig an artificial canal. The canal was called the “Erie Canal”. However, with a budget of a staggering $7 million, the Erie Canal was widely criticized and ridiculed as the “Erie Ditch,” knowing that the U.S. would later purchase Alaska for only $7.2 million. 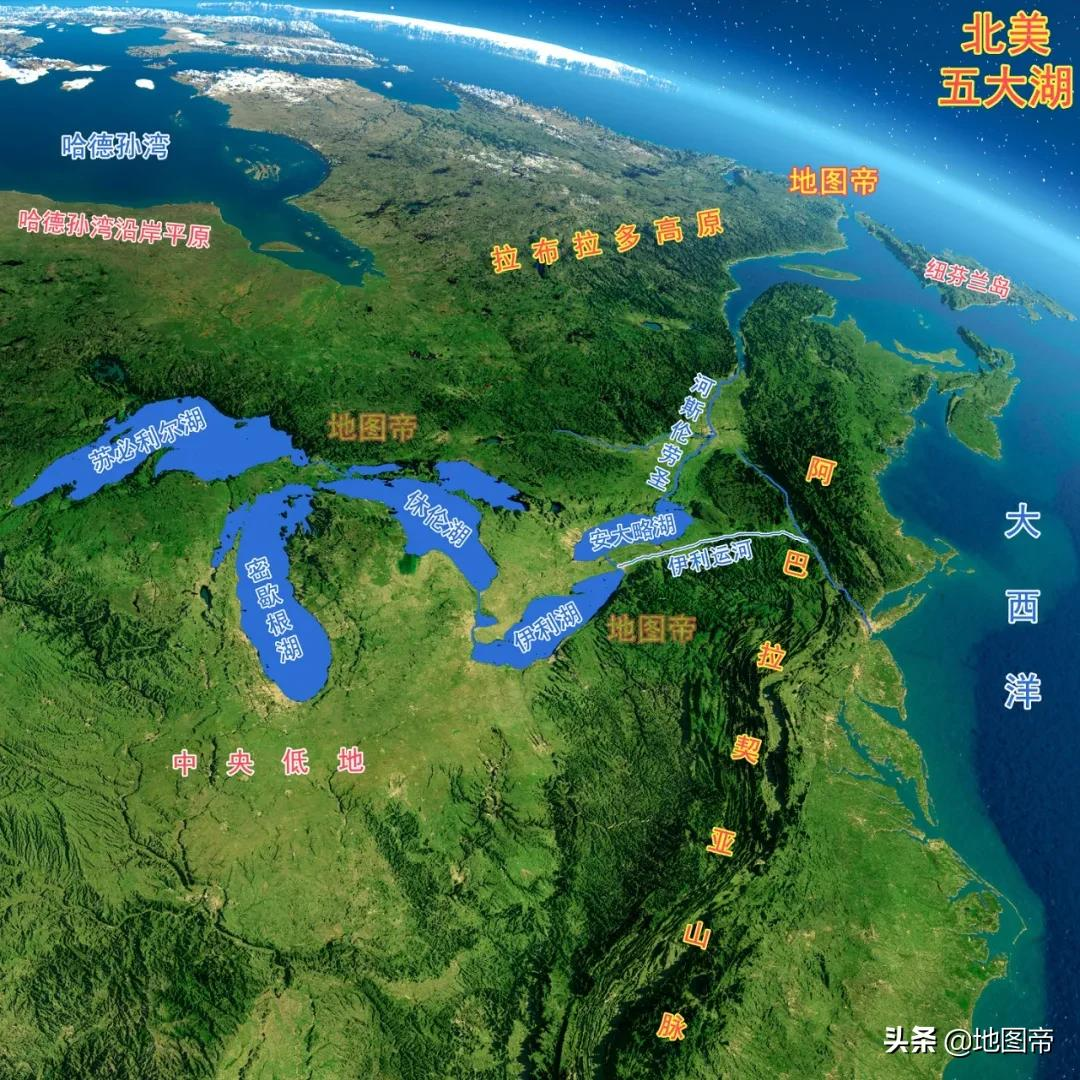 With a large budget, the bill was delayed, just as the U.S. was moving north to invade and annex Canada, and if the military campaign had been successful, the U.S. would not have had to go through the trouble of digging the canal, which could have been done via the St. Lawrence River.


From 1812 to 1815, the United States went to war again with Great Britain in what the United States called the Second War of Independence, and in 1814, when British forces from Canada captured the U.S. capital of Washington, D.C., and burned down the White House and the Capitol, the U.S. failed in its hopes. 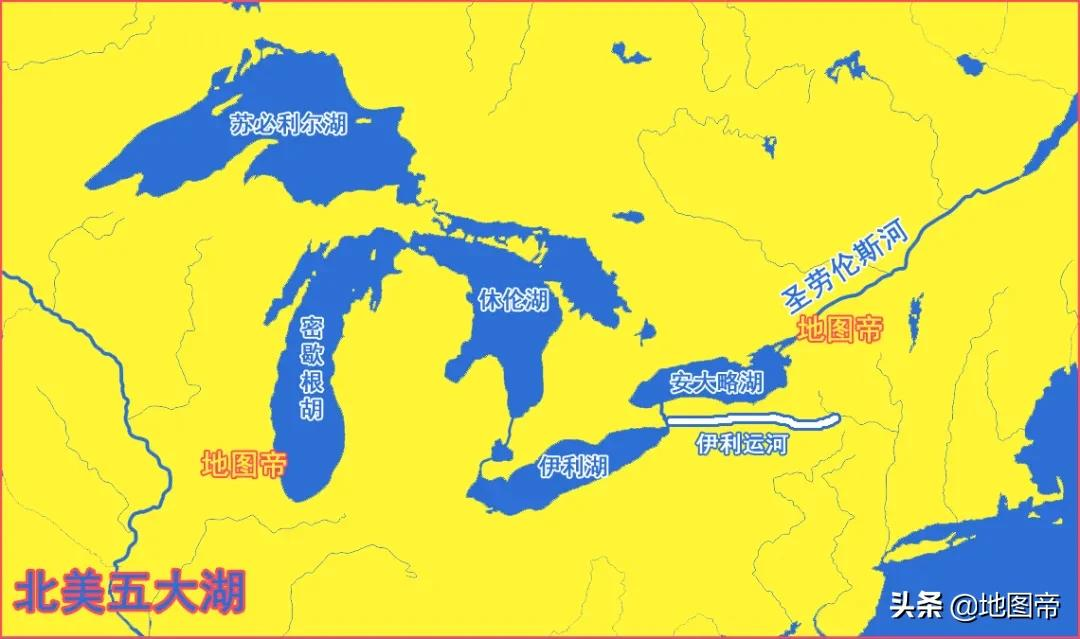 Americans had no choice but to turn around and face the canal project, which had been shelved in the early days, and since then, after relentless efforts, Congress passed an act that opened the canal in its entirety ten years later. After its completion, ships from the upper Mississippi River could enter the Erie Canal through the Great Lakes, then the Hudson River and sail into the Atlantic Ocean, and New York at the mouth became the most prosperous city and trade center in the United States. Countless factories and commercial capital entered the Great Lakes region from the Atlantic coast, and the local economy was gradually transformed into a “consumer” economy as the Great Lakes region began to move toward modern industrialization.


The Great Lakes industrial areas grew rapidly and later became major manufacturing bases in North America, with Pittsburgh as the steel capital, Detroit as the Motor City, Cleveland as the center of heavy machinery manufacturing, and Chicago as the largest industrial city and railroad hub on the Great Lakes. 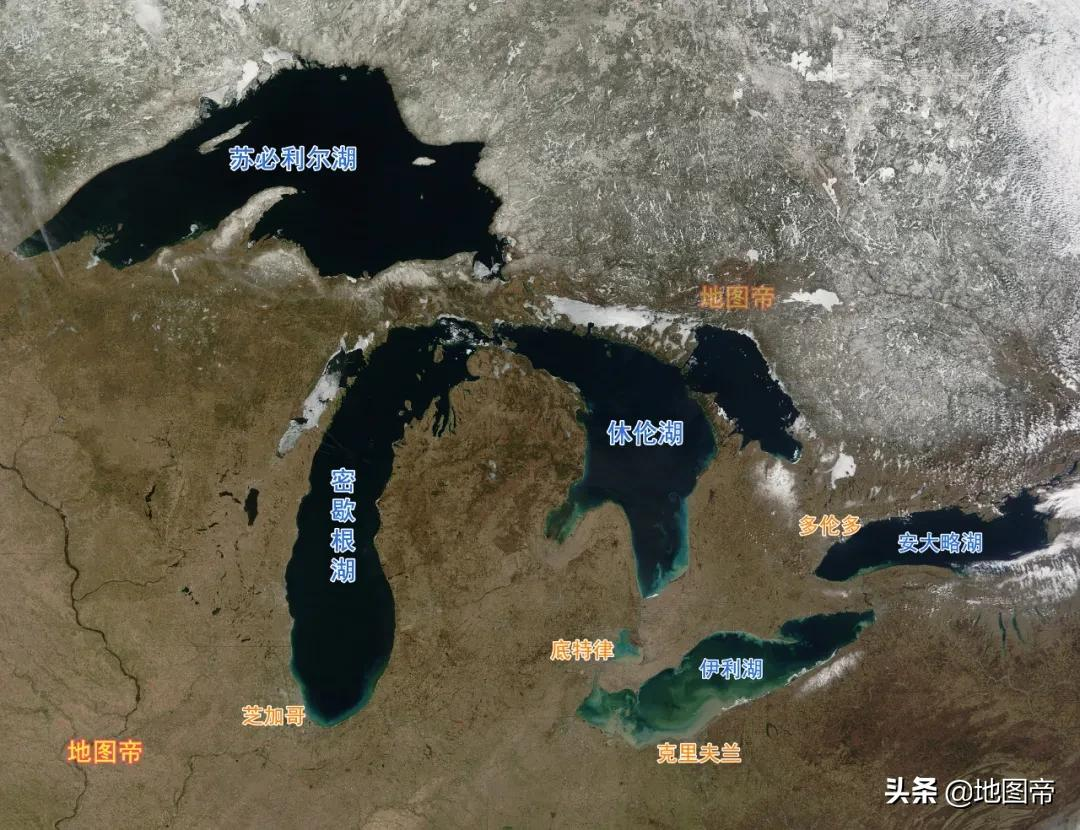 Before the opening of the Erie Canal, the Mississippi River served as the main link between the interior of the United States and the coast. Merchant ships from the outer seas usually sailed into the Gulf of Mexico and then upriver north from the port of New Orleans, eventually spreading their goods across the vast interior. New Orleans was once the largest coastal city and key port in the United States, but in terms of economic potential, the Gulf of Mexico connected to New Orleans was ultimately no match for the vast Atlantic Ocean facing New York, with Europe on the other side, which is one of the reasons why New Orleans has since fallen into decline. Today, with the development of highways and railroads and airlines, the Erie Canal is not as valuable as it once was, but its role in American history is indelible.