I was moved by the ‘honesty’ Amadorova exhibits in “The Law of Desire”, even to the point of overlooking certain plot imperfections. 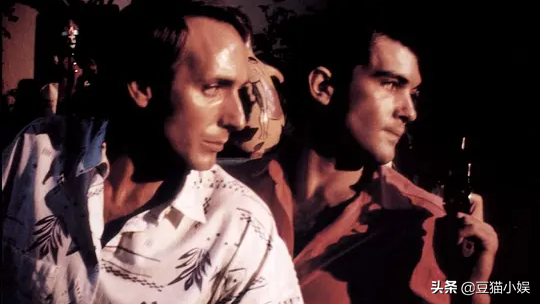 The film doesn’t just look at “desire” and make classic images, it also tells the story of his complex relationship with the people around him – his muse, Carmen Moura.

And through a love affair “beyond what is right and beyond social morality”, it shows his unrestrained, rebellious and insane nature.

In addition, the stage play “Human Voice” performed by the female lead in “Law of Desire” became the short film “Human Voice” 30 years later, and it is interesting to see again in this how much he has stayed the same and changed after so many years of his creative life.

A look at the details of “The Law of Desire” and an appreciation of the themes the director wanted to convey.

“Desire is a law that one must obey”

and also captures the classic image of a director ordering his lover to seduce him, while the actor obeys the words of the off-screen director, gradually taking off his clothes (the baggage of being restricted by the rules of society) and acting in front of a mirror according to the director’s demands.

It also succeeds in seducing the stranger, played by Antonio Banderas, towards the destruction and rebirth of desire.

The film succeeds in selling “desire” and offering “fantasy” through the aesthetics of film and television. Amadoro’s strong contrast of light makes it impossible for the audience to see the actor completely, and the reverie-filled gestures and narcissistic mirror gaze reinforce the appeal of desire itself. Finally, through the off-screen voice, the fantasy is given to the audience, allowing them to bring in the role of “director” and who has the “power” to control it, the audience.

Driven by desire to create, sincere expression of desire in creation

The first act also brings out another mother theme of the film – the close connection between ‘creation’, ‘desire’ and ‘sincerity’ –

The creator is driven by desire to create, and through that creation he communicates his desire sincerely, which also brings out the blurred zone between drama and truth

. This is true of the director of the play, and it is even more true of Amador, who made the play. And his own desires unfolded right after Anthony Banderas played the character with the same name as himself, after enjoying the movie. 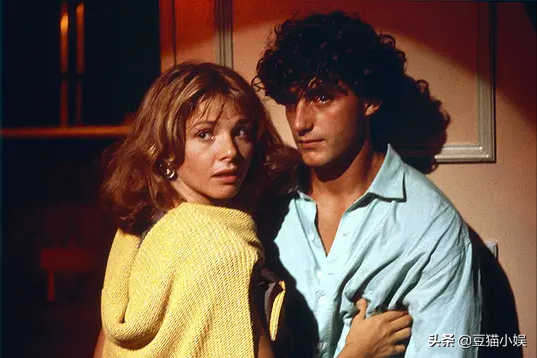 Antonio is seduced by the director because of “the movie,” but he also seduces him through his eyes, and the fire of their desire burns in front of the camera.

Amadoro makes this seduction extremely titillating, and doesn’t even shy away from using lustful gazes

, filming Antonio Banderas and tuning out the vegetarian actor’s desires.

It makes you wonder, if the play is the most sincere expression of “desire” and “creation,” whether Amador had more than a few off-camera thoughts about Antonio Banderas that he expressed through his creation. This becomes the most interesting “reference” of the film. 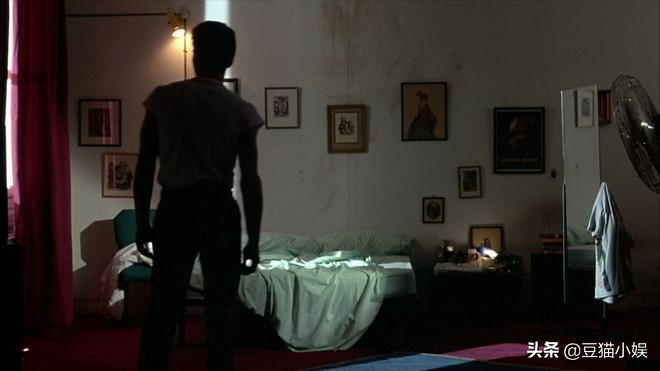 What is the crime of the desire to kill, to destroy morality?

Pulling back to the director’s approach, Law of Desire is still the same 8:00 + murder trope that Amadoro is known for, but his focus is not on who the killer really is (so it’s straightforward to film who kills for the audience),

Instead, it’s about what people commit and what they’re willing to destroy in the face of desire.

So even though the director, the protagonist, is still coupled with his ex Juan, his desire comes first and he has an affair with Antonio, who is jealous because of his desire and commits murder. The movie has entered the second half. The police, who seem to be pursuing “justice”, become a “hindrance” and a “pincer” in Amadoro’s film, and every character is eager to see the police leave. (Basically, in most of his films, the police are one of the villains).

This is also symbolic of the fact that “dogma” and “secular norms” are the greatest enemies of “desire”.

Just shouldn’t “the desire to kill and destroy morality at all costs” be clamped down? Amadorova tells us through the story of the protagonist’s director’s transgender sister (played by Carmen Moura) and the protagonist’s ending. The sister, before she was transgender, had a relationship that split her family, but she lived a happy life and never regretted it, and finally she met the protagonist-director and began a mundane routine.

And despite the enormous cost to both men, they don’t regret it at all. 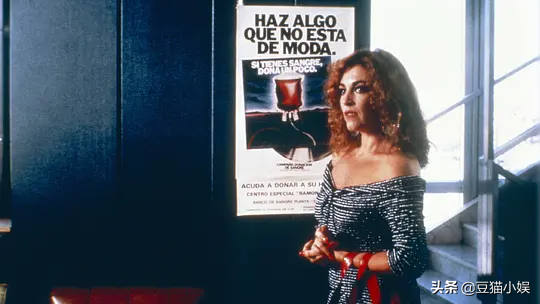 “Desire is a law that one must obey”

, and facing it sincerely will bring intense life!

The blurred zone between drama and truth, an Amadorian dialogue of honesty

Another interesting setting in “Law of Desire” is the transgender sister played by Carmen Moura.

Her story is mentioned above, echoing the heart of the film, but she’s not just a transgender sister who takes care of her brother and sees her lover’s daughter as her own, she’s also an “actress” in the film.

In “Law of Desire,” the lead director created a custom stage play for her, “The Human Voice”

(A one-woman play waiting for the call of the man who will be leaving).

Although “The Human Voice” appears in only two short acts in “Law of Desire,” it is a very important part of the film, and in this film it again emphasizes that “creation” comes from sincerity. The sister’s anger at the man’s departure is a sign of her disgust that her daughter’s own mother (a same-sex lover) is also leaving, and her sadness is revealed later in the episode – perhaps as a catharsis of love for her father. After the performance, when the sister and the director of the play discuss the next script for her, they argue over whether the “creation” should be based on her real experiences. The sister doesn’t want to put some real side of her life on the creation again, but the protagonist can’t help it because it is his inspiration for the creation.

This quarrel on some level feels like a physical quarrel between Amadoro and Carmen Moura, especially since we later learn that Carmen Moura doesn’t work with Amadoro for a long period of time.

But the play is also real, so maybe the argument was just made up, or maybe that’s why the two weren’t working together.

But the plot here not only reveals Amador’s “sincere” approach to creativity, but also invariably echoes the proposition that “desire,” “creativity,” and “sincerity” are closely intertwined.

Thirty years later, Amadoro finally made a short version of “The Human Voice,” fulfilling the in-theater mission of the director of the protagonist of “Law of Desire. And the biggest similarity between the two Voices of Man,

is that Amador has cast a gender-neutral person as the transgender, Titan Swinton.

As if to illustrate his interpretation of the story, the character is gender-neutral, seeing the same emotions of love and anger, setting fire to everything, and going his own way. 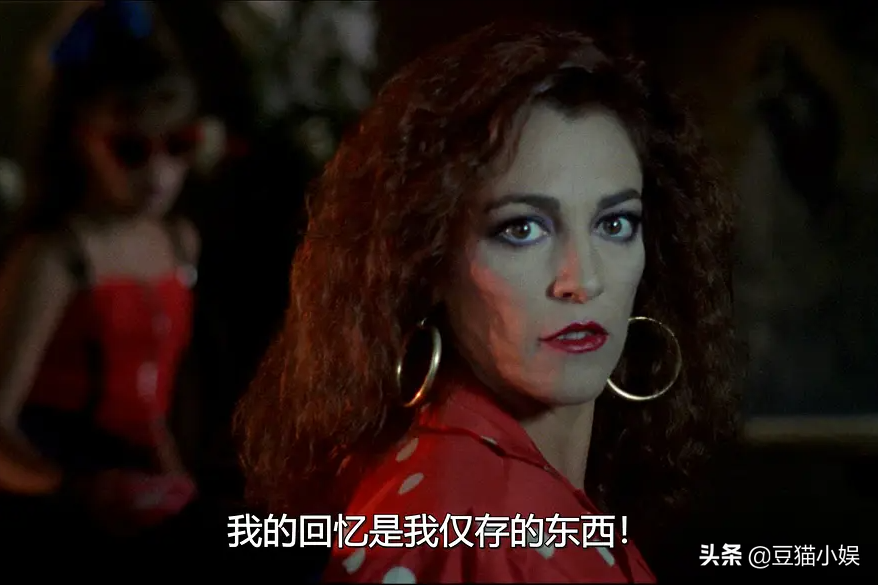 This commonality of people, yet variability due to different backgrounds, things, and circumstances, is “love”

. “It is the same as the human voice, which has a thousand languages but makes the same sound. After watching “The Law of Desire”, it gave me more insight into the short film “The Human Voice”.

Offbeat plot, but told in a sincere, tender way

Watching “Law of Desire” now always feels like the right opportunity at the right time (after watching a lot of Amadoras). The way it depicts desire can be referred to with “Bad Teaching Desire”, “Pain and Glory”, the film through the director’s argument with Carmen Mora’s character in a certain paragraph, can be seen in certain plays with her, such as “Women on the verge of collapse”, “What have I done”, “Play Beauty Man”, a certain blurring zone between realism and drama. The rebellion and inclusiveness of the ending is also reminiscent of “Whisper Her”, “Bind You, Trap Me”. And the staging in the film can correspond with the short film “Human Voice”. 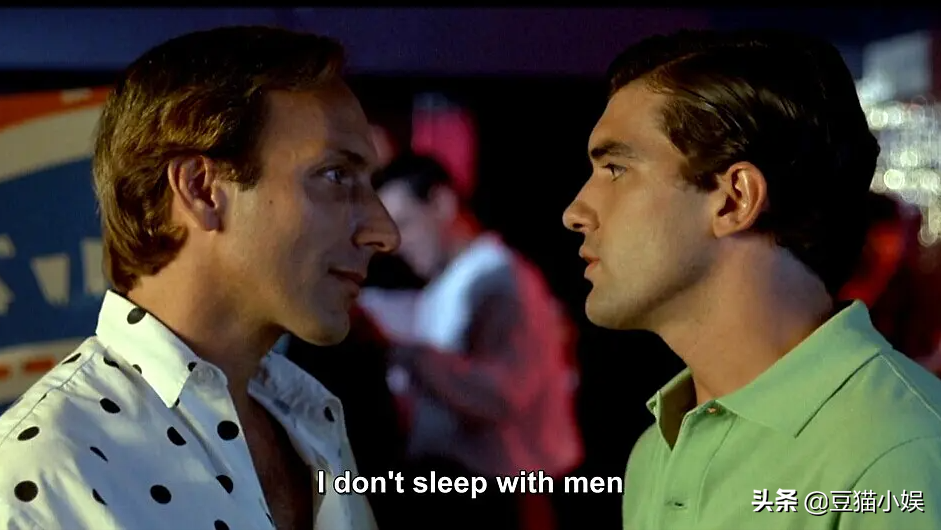 Even after more than 30 years of watching the same proposition, he has always been able to translate his current perceptions into the true chaos of his circle, his deviant scenes, and express them through his films. His aesthetic refinement of film and television (art, styling, photography, lighting, etc.) is certainly very enjoyable, but looking around, his films are always not boring. The smooth and fast pace of the plot, his unique sense of humor and his “sincerity” make his films unique and unforgettable!